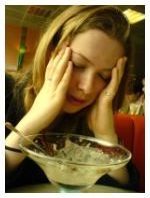 This ice breaker ice cream game gets people talking. Guests aren’t allowed to say the words “Yes” or “No” – if they do – they lose a peanut! It’s a great game for an ice cream party where people don’t know each other, because it spurs interaction with others.