Gelato vs ice cream – what’s the difference? You’ve had ice cream before and maybe you’ve even tried gelato – they’re both frozen treats…so how are they different? 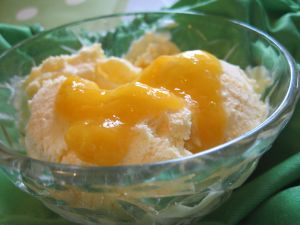 Gelato and ice cream are made from completely different recipes.

Most gelato recipes have more milk, more egg yolks, and less cream than ice cream recipes. Because of this, Gelato is a less fatty dessert than ice cream.

The fat content in ice cream helps give ice cream its creaminess, but don’t worry, even though gelato isn’t as fatty, it is still dense and rich.

Ice cream has much more air mixed in during the manufacturing process. Because it has a milkier recipe, this is necessary to keep the ice cream from freezing too solidly. Some ice cream brands consist of more than 50% air in each carton.

Gelato, on the other hand, usually features less than 15% air mixed in. Gelato, therefore, is a smoother and denser treat than ice cream…after all – you’re eating less air when you eat gelato!

Gelato vs ice cream? Who would have thought there would be a difference even in how its served?

Because gelato is denser (less air mixed in), it is served at a higher temperature than ice cream.

While ice cream is usually scooped from buckets, gelato is spooned out of special serving trays. This slightly warmer temperature means that you won’t be able to eat it lazily: you’ll have to focus all your attention on its delicious, creamy goodness before it melts away!

Because gelato has less fat content, it can offer many more subtle and unique flavors.

Gelato is usually crafted in much smaller batches than ice cream, so it often has fresher ingredients and a richer flavor.

If you’re looking to get out of the ice cream standard flavor box, try gelato. But in the end, the choice will be up to you – gelato vs ice cream – which taste do you prefer?

Ice cream originated in the 1700s in Britain and America. Until technology for modern refrigeration had advanced, only rich people could enjoy ice cream as a special treat because it was so difficult to keep it cold.

The period from 1980 to now has seen the rise of several specialty ice cream brands like Haagen-Dazs and Ben & Jerry’s.

Gelato is an Italian creation that was invented in the 1600s by a Sicilian named Francesco Procopio dei Coltelli. Many people don’t realize that gelato is named after the Italian word for “frozen,” not after the word “gelatin.”

Because it has less cream and more milk than ice cream, gelato has a significantly lower fat content. Yet, with its soft, dense smoothness and remarkable flavors, it still tastes absolutely decadent! As a general rule, gelato does contain less fat.

Keep in mind, however, that ice cream has more air in it – which is also non-fat! So if you eat the same volume of gelato as you would ice cream – you may be consuming a similar fat content.

Of course the best thing to do is to read the nutrition information before you buy if you’re really concerned about the health factor.